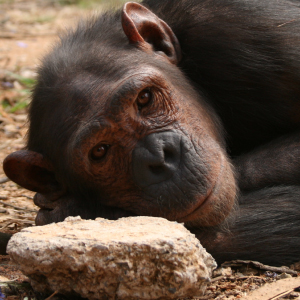 Guida was kept chained to a tree outside a nightclub in Luanda with male chimp named Zac. They were kept on short chains, which did not allow for any physical contact between the two chimps. Visitors to the club entertained themselves by giving the animals drugs and alcohol. Both animals were in an appalling condition when rescued in 2007. Guida was in a slightly better condition compared to her companion Zac.

Guida had a characteristic dark spot on her nose. Guida passed away around the age of 12 due to congestive heart failure.