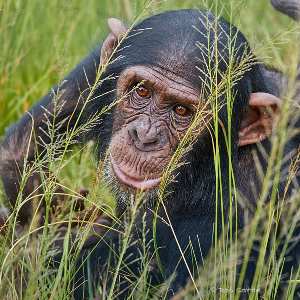 Although we as a PASA sanctuary follow a strict non-breeding policy and all of our females are contracepted, Thabu managed to slip through the filters and is Nina’s first born infant. The father is unknown at this stage but can be any of the males in Group 2. Nina herself was deprived of her mother and was raised as an orphan by humans. We were delighted that Nina picked up Thabu directly after birth and has giving him the loving care she herself was denied. She has been breastfeeding him from the beginning and he is a strong and healthy infant.

Thabu came as a bit of a surprise to the primate staff as Nina’s pregnancy was only discovered two months prior to birth. Nina’s caretakers were all delighted to find she had given birth to a healthy infant and that she was taking such good care of him.