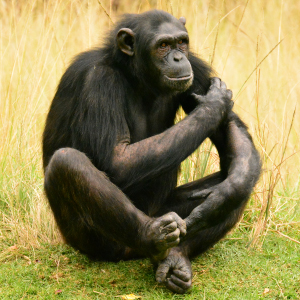 Lilly became a victim of the bushmeat trade at a very young age. The poacher, who shot Lilly’s mother, was keeping her in a crate in the boiling sun without food or water. He was looking for a buyer for the infant. Luckily she was rescued in 2008 before being sold.

Lilly was very humanised when she first arrived at the sanctuary. She preferred the presence of humans to socialising with other chimps. This has changed since her full introduction to the group. She attached herself to Martha and helped the older female to learn social behavior. Lilly is very popular within her group and associates with all of the other chimps. She has also taken a liking to alpha male Charles.